Also animals can suffer of depression; cats with destructive behaviour, dogs with anxiety attacks, bunnies with a nervous breakdown.

Depressive states in animals were analysed by the Department of Veterinary Sciences of the University of Milan and published in the newspaper La Stampa.

90% of the analysed patients are dogs with behavioural disorders, cause of a rupture with the family. Discomfort leading to the abandonment of the animal or euthanasia.

Behavioural  disorders in dogs manifest itself almost always with forms of aggression towards individuals.

According to researchers these are aggressions generated by forms of fear and anxiety and therefore the myth should be dispelled according to which the dog owner would not be able to impose him/herself.

When one adopts a dog from a kennel, which has experienced a situation of abandonment, it can happen that when you leave it home alone, it could be overtaken by the anxiety to be left alone and hence destroy whatever it can find.

The most common behavioural disorder

There are dogs frightened by their similars, because they were adopted too early, which means separated prematurely from its own mother and brothers and sisters.

They haven’t had the possibility to interact with other dogs, which makes them aggressive during each and every attempt of other animals to play.

This kind of disorder isn’t immediately captured by the owner, who interprets some behaviours of the animal as a taunt, up to the moment that the manifestations of discomfort become evident, like when a cat pees outside the litter tray.

20/30% of the examined cases are cured with psychiatric drugs; when the situation becomes unsustainable many people turn to a specialist.

Patients from ambulatory clinics aren’t only dogs, but there are, for example, also parrots inflicting themselves injuries by plucking out their pens, or hyper-aggressive, biting ferrets.

Also horses live phases of anguish, a typical gesture with which they show their own malaise is placing their teeth on the fence and swallow air.

CBD for the treatment of animals

In these cases could the use of Cannabidiol be helpful? We asked Elena Battaglia, veterinary doctor, we’ve already interviewed on our Blog pages.

“CBD works very well in cases of Anxiety and Stress – Doctor Battaglia confirms – it helps the animal to relax and therefore Cannabidiol shows to be very useful”.

A recent study conducted by the American Holistic Veterinary Medical Association in fact demonstrates how 61.8% to 95% of pet owners reported benefits for the health of their animals after CBD treatments, in case of pain, problems of the nervous system, inflammations, anxiety, vomit, problems of the digestive system, tumours, convulsions, skin problems and phobias, like for example those related to fireworks.

Where can you buy CBD for domestic animals?

On the market it is possible to find many products dedicated to our four-legged friends, Enecta created a specific product “CBD Oil for Pets” 10 ml of product with 500 mg of CBD; what does it contain? Olive oil, omega 3s and tocopherols.

Why did we choose Olive Oil?

We decided for olive oil instead of hemp seed oil to make the consumption more palatable and natural also for animals.

Omega 3s are added subsequently, including a preparation of plant origin, specifically made for animals.

Why the addition of Omega 3?

Omega 3, besides the benefits on the cardiovascular system, are recommended by veterinarians for the benefits they bring at the level of skin and fur.

The first signs of possible health problems in fact are manifested through a bad state of the fur, rendering the animal sensible to itching, allergies, infections and irritations.

What is the purpose of the endocannabinoid system?

The endocannabinoid system is involved in the control of appetite as well as in many other physiological functions correlated with stress response and the maintenance of homeostasis.

The endocannabinoid system is involved in the modulation of the immune, anti-inflammatory, endocrine responses and exerts an anti-proliferative action as well.

The organism is equipped with a true endocannabinoid system, which synthesizes these compounds.

Contrary to traditional hormones and neurotransmitters, stored in secretory vesicles up to the time of release, endocannabinoids are synthesized and released on the spot and degraded immediately after their action.

The endocannabinoid system acts upon request, exerting its actions only when and where necessary. 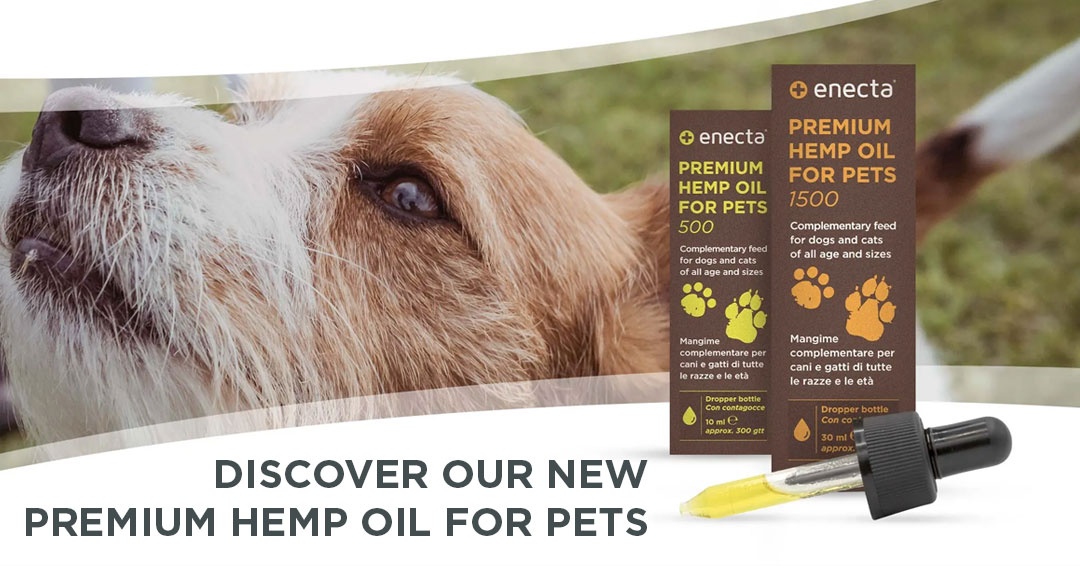